Here are some of the most frequently asked questions about Assisted Dying.

What is the law on Assisted Dying? 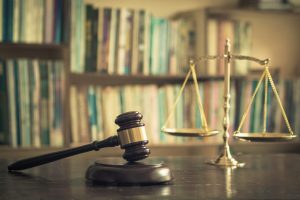 The Suicide Act 1961 applies only to England and Wales. Section 2 of the Act states, ‘aiding and abetting suicide’ is illegal this carries with it a maximum sentence of 14 years.

In Scotland, there is no legislation covering suicide or assisted suicide. Therefore, in Scotland, we assume assisted dying is illegal based on statements from the Lord Advocate that he/she would regard such actions as deliberate killing and thus a charge of murder or culpable homicide would be brought. The Lord Advocate has refused to produce guidelines (Eng & Wales have DPP guidelines) on when he/she would/would not prosecute. Thus, we must simply wait and see what the Lord Advocate chooses to do – and how the courts respond – after the fact.

Scotland has one piece of case law on assisted dying, that of Gordon Ross[1] which arguably muddied the waters further. Lord Carloway stated, ‘it is not a crime to assist in a suicide’ and this includes ‘taking persons to places where they may commit, or seek assistance to commit, suicide’. Legal experts have described the legal landscape in Scotland as ‘shameful’ ‘should embarrass any legal system’ and showing an ‘alarming lack of clarity’.

It has been widely recognised that the law in Scotland is not clear. Scotland has no statute, no guidance from the Lord Advocate and very little case law. England, has statutory provisions, DPP guidance and an abundance of case law. This helps to inform decisions and provides a framework for the judiciary, legislators, prosecutors and the general public to act within. Therefore, the legal arguments in Scotland differ substantially from England and Wales

Why does the law need to change?

It has been well documented that the majority of the UK public support a change in the law to allow assisted dying, this includes people of faith and people with disabilities. Consistent polls show the level of support to be between 69-85%.

The present law is based on outdated beliefs that are no longer held by many people and should not be forced on those who do not share them. In Scotland, the lack of legal clarity has been described as ‘alarming’ by legal professionals and makes for an unclear and cruel legal landscape. Surely our progressive, forward thinking Parliament can do better than this?

Hundreds of people from the UK have travelled abroad to have an accompanied death at Dignitas and LifeCircle in Switzerland. This number is only going to increase as the peaceful death that is promised by such organisations is increasingly wanted. This is essentially shifting the issue to a an country which allows it. The fact this option is only available to those who can afford the £10k it costs means the current system is discriminatory, it also leads to people ending their lives sooner than they would have to (due to them having to be reasonably fit to travel) and the general hypocrisy of the law turning a blind eye to this all means that change is needed.

Hundreds of dying people are ending their lives at home, often alone, for fear of involving a loved one. These deaths are often ill informed and severely distressing for the person and their loved ones. They cannot speak to their medical practitioners about this, as they are not allowed to discuss assisted dying, so no advice is given to patients in this desperate situation.

We know that people receive help to die, illegally, from a doctor at their request. There is no regulation of these practices and no safeguards to protect people.

We believe that people acting caringly and driven by love and concern should not face a criminal charge at an already troubling and upsetting time.

Where in the world is Assisted Dying legal? 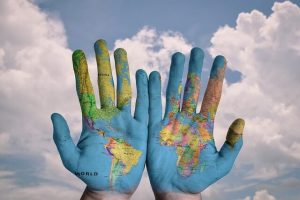 Switzerland do not have explicit legislation on Assisted Dying. The Swiss Penal Code states that assistance to die is legal as long as it is not motivated by selfish reasons. Nearly 350 Britons have travelled to Dignitas to end their lives. Loved ones travelling with the person could face prosecution upon their return.

Many people travel at a point when they are actively dying and often in a state of deep distress. The person must travel whilst they are still compos mentis and physically fit enough to travel, therefore often ending their life early.

After a long battle in the courts in the Carter v Canada case, the Supreme Court struck down the ban on Assisted Dying in February 2015. It was accepted that the ban violated the provisions of the Canadian Charter of Rights and Freedoms and the legal team successfully argued that a regulated framework would protect vulnerable people. The Canadian Parliament were ordered to produce legislation within one year.

The ‘Termination of Life on Request and Assisted Suicide (Review Procedures) Act 2002’ provides that people who have an incurable condition, face unbearable suffering and are mentally competent may be eligible for voluntary euthanasia or Assisted Dying.

Belgium has arguably the world’s most liberal law on Assisted Dying. The law allows people who are in a “futile medical condition of constant and unbearable physical or mental suffering that cannot be alleviated” to request voluntary euthanasia. Surveys in Belgium show overwhelming public support, and many doctors say it gives patients with constant and unbearable suffering a practical and humane way to die peacefully. The Belgian legislation was passed in May 2002 and is complimented by a law on patient’s rights and a regulation on palliative care.

In March 2009, a law on palliative care, patient’s advance directive and assistance in dying, as well as a law on assisted dying became effective. This allows a person who is suffering unbearably from an illness, and is mentally competent, to request medical assistance to die.

In November 2017, this state passed the Voluntary Assisted Dying Bill which allows Victorians who are enduring unbearable pain in regards to their terminal illness to have a safe and compassionate option for their end of life. The Bill has been amended to reduce the life expectancy requirement from 12 months to 6 months unless the patient is suffering from a neurodegenerative illness.

What end of life options are currently available for someone who is terminally ill or incurably suffering?

At present the only legal option for speeding up death is voluntarily refusing food and fluid, essentially starving and dehydrating to death. If you are having continuous treatment, it is your right to refuse or have treatment withdrawn. ‘Terminal Sedation’ may be used where the doctor thinks it is appropriate. This is where a doctor may lawfully administer increasing dosages of analgesic and sedative drugs that speed up death (the so-called doctrine of double effect) as long as the declared intention is to ease pain and suffering

Why do we need a law if doctors can already assist people to die?

Terminal (or continuous deep) sedation is performed in hospitals, nursing homes, hospices and in private homes throughout the world. A doctor may lawfully administer increasing dosages of analgesic and sedative drugs that hasten death (the so-called doctrine of double effect) as long as the declared intention is to ease pain and suffering. This assistance is carried out without any legal framework to oversee or record it.

Is Assisted Dying the start of a ‘slippery slope’?

The slippery slope argument says that if we allow Assisted Dying today, we may start a trend that results in a gradual creep where safeguards are relaxed and something currently unacceptable would become acceptable.  Where assisted dying has been legalised there is no evidence of abuse or of the slippery slope consequences argued by many. To the contrary, palliative care provisions have increased in countries which have chosen to widen end of life choices.

None of the doomsday scenarios predicted by opponents when assisted dying was first legalised in Oregon 20 years ago have materialised.

That is why the law has been adopted in Europe and the US, and most recently in Canada and California.

The population covered by assisted dying legislation is around 201 million people.

Why are doctors and parliamentarians against a change in the law?

Medical advancements are extending  life in cases where there can never be progress or recovery. Doctors are in a position now where they are forced to treat for fear of what will happen if they don’t, even if the person is only a few days/weeks from death. This is unnecessary and often distressing for the person affected and their family. We live in a culture that believes that life should continue at any cost. For many people assisted dying is not a choice between life and death but a choice between two deaths – one which is often painful, distressing and long and the other which is peaceful and swift.

Historical considerations such as the Hippocratic Oath  (to do no harm) also play a role in doctor’s objections.

Parliament have debated this issue on a number of occasions. Arguments against legislation include religious objections, the sanctity of life, protecting the vulnerable and disabled community and personal objections.

What about protecting vulnerable people?

People would only be eligible to use an assisted dying law if they met very strict legal safeguards. This involves a number of medical assessments, psychiatric assessments if necessary, two requests, waiting periods in between and the final act being carried out by the individual.

Many disabled people contract terminal illnesses in their lives and wish to have control over their death in the same way that able bodied people become disabled from illnesses.

Assisted Dying is often used as ‘emotional insurance’ – we know that around 2/3rds of the people who request an assisted death do not go on to have one.

Legalising assisted dying provides an open platform for people to speak frankly with their medical team. Often the discussions themselves are palliative enough for people to continue living.

Currently there are no safeguards in place to prevent abuse or coercion. If legalised, professionals would assess why the person wanted an assisted death and whether they meet any criteria set out by the law and explain all other available treatment options. We know from countries who have assisted dying laws that end of life discussions open up the dialogue about dying generally, promoting transparency, accountability and oversight.

What is Dignitas and what are the costs involved with going there?

Dignitas is a Swiss non-profit members’ society providing assisted dying to those members of the organisation who suffer from terminal illness and/or severe physical and/or mental illnesses. The cost is around £10-12,000.

What will happen if I assist my loved one to die?

At present, a person helping a loved one who wants to die will either be prosecuted for assisting in a suicide or for homicide. This runs the risk of a prison sentence of between 14 years in England and Wales or life imprisonment in Scotland.